The STEP-IN project held its first annual General Assembly meeting with all project partners at partner RAE’s premises in Athens, Greece on 29-30 May. At the same time STEP-IN discussed the topic of energy poverty with many experts from across Europe in its first Network of Interest workshop. The objectives of this workshop were:

• to introduce the project and its methodology to all stakeholders.
• to discuss progress during the first year, particularly in the three Livings Labs.
• to get stakeholders’ insights through a dedicated survey.
• to hold interactive sessions to further discuss the subject of energy poverty from a sectoral perspective. 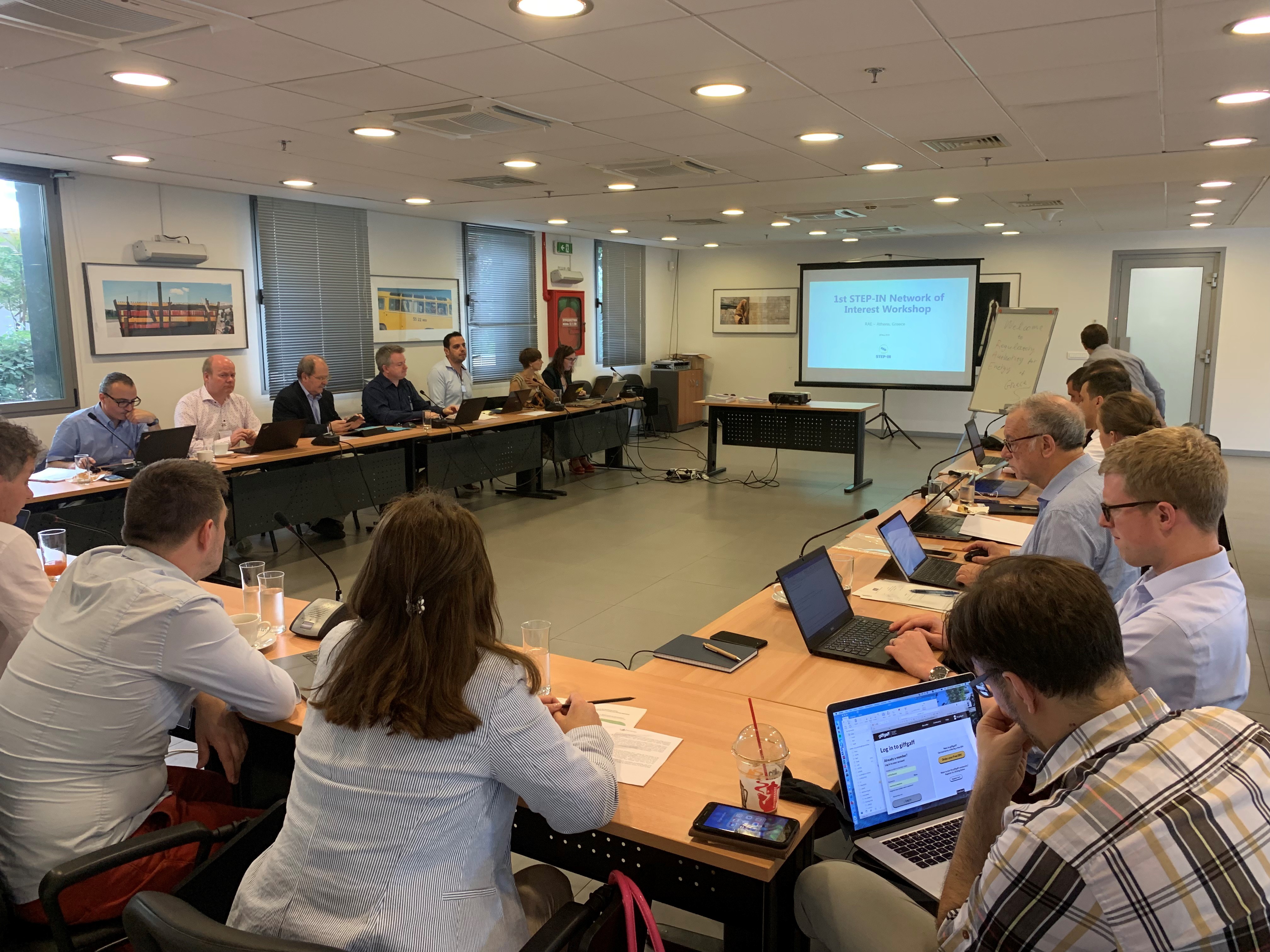 The workshop was accepted by the European Sustainable Energy Week (EUSEW) – the biggest event dedicated to efficient energy use in Europe –  as an official Energy Day event. It brought together more than 35 participants, twelve of them stakeholders external to the project, most of which are members of the STEP-IN Network of Interest. Project coordinator Rod McCall (LIST) highlighted the relevance of research and coordination on energy poverty across Europe in his opening talk. He emphasized the unique characteristics of the STEP-IN project which, for the first time, applies the concept of living labs to energy poverty and “really is about solving problems for energy consumers”, as Rod McCall pointed out.

Insights from the three STEP-IN Living Labs were presented by the Living Lab managers Stefan Bouzarovski (University of Manchester, Greater Manchester Urban Living Lab), Dimitris Damigos (NTUA, Metsovo Mountainous Living Lab) and Zoltán Kmetty (Ariosz, Nyírbátor District Rural Living Lab). “Defining energy poverty is really hard and delicate because in the end it is a political term”, said Stefan Bouzarovski. Dimitris Damigos explained: “It is crucial for us to help vulnerable households while avoiding stigmatization. The reduction of energy consumption is a key objective of STEP-IN, but we have to be aware that we are working with vulnerable consumers: 27 percent of households had to cut back on heating and 16 percent on medicines in order to pay their energy bills.”

Marina Varvesi of Aisfor, coordinator of the Horizon2020 ASSIST project training household energy advisors to tackle energy poverty, explained that “Energy poverty is different in each European country. Some initiatives to tackle the issue are at EU level, some at local level which often is more relevant and interesting in terms of replicability.”
Konstantinos Kanellos (VaasaETT) presented key focus areas and needs identified by stakeholders in a survey carried out prior to the workshop. He pointed out that “in-depth looking at the roots of the phenomenon rather than implementing quick solutions is key in going forward to tackle energy poverty according to the stakeholders.”

The workshop ended with an interactive session to understand energy poverty from a sectoral perspective. For that purpose, different working groups were formed, and all participants engaged in lively discussions. VaasaETT CEO Philip Lewis concluded that “there is a lot of support on what has been done so far in the STEP-IN Living Labs, and the desire to work closely with the stakeholders”. 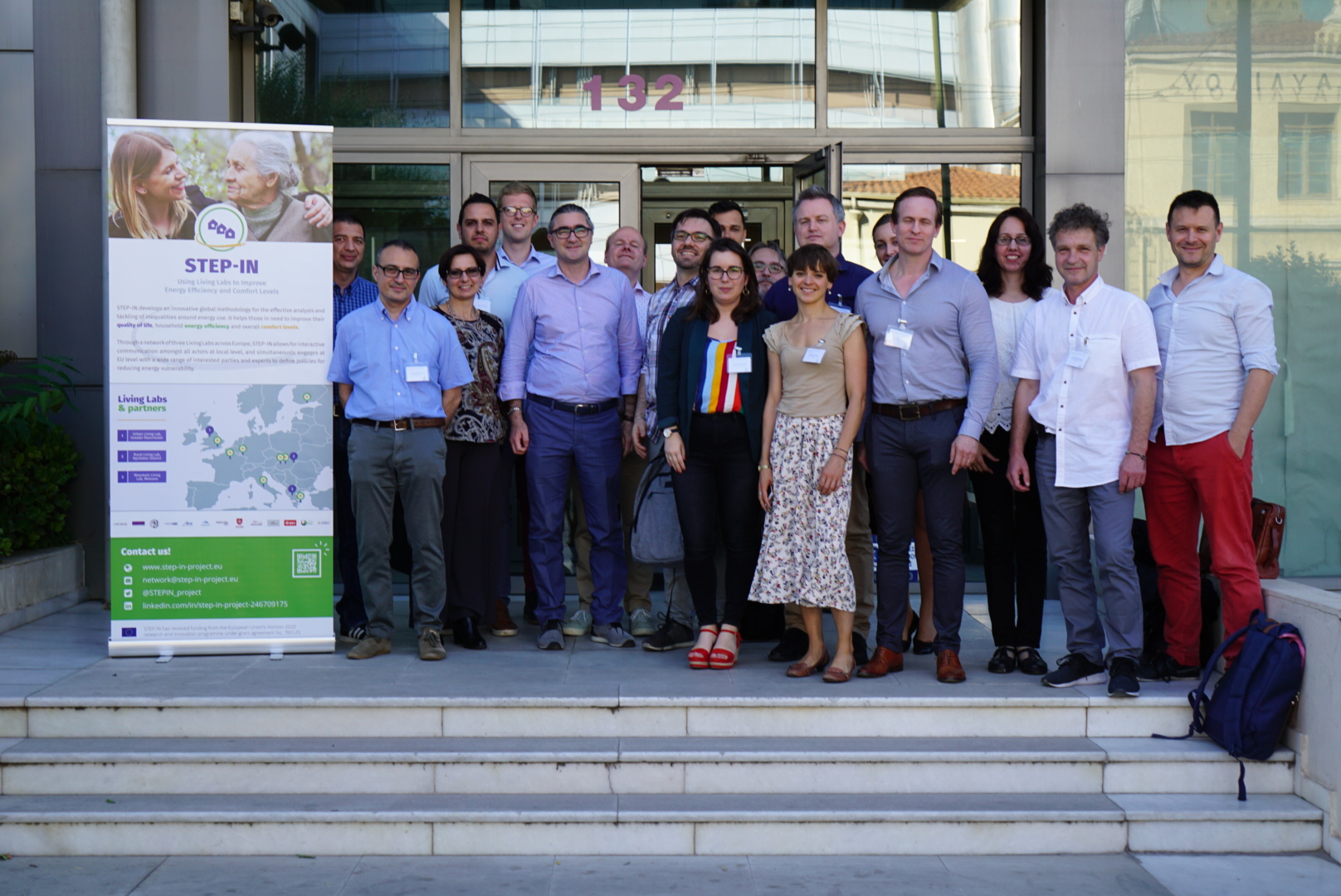 STEP-IN is funded by the European Union and develops an innovative global methodology for the effective analysis and tackling of energy poverty. It aims to help vulnerable citizens to improve their quality of life, household energy efficiency and overall comfort levels. STEP-IN consists of a network of Living Labs across Europe, located in Greater Manchester (UK), Metsovo (Greece) and Nyírbátor District (Hungary). Through a strong Network of Interest, STEP-IN engages with local, national and EU organisations and experts to define policies for reducing energy poverty. The STEP-IN consortium brings together a wide expertise in energy poverty and energy efficiency.
Following the General Assembly meeting and workshop, the project consortium visited Metsovo, a mountainous settlement situated in northern Pindos. Together with project partner NTUA, the partners discussed energy poverty issues in the area and practical ways to alleviate it.